SignIn/SignUp to submit and upvote courses, tutorials, and interview questions. Programming or computer programming is process to instruct computers to perform a specific function. Programmer use programming languages to develop mobile apps, websites, CRM, Desktop Application and perform many logical and analytical work through computers. There are many programming languages available to learn and develop tools, below we have listed Top Computer Programing Languages Interview Questions along with answers.

Top Programming languages To Learn and Prepare for Interviews

PHP is a type of programming language which is very popular amongst the users who work with software programs. It is an open-source platform used by many people worldwide for the purpose of web-based program designing.

Java is an object-oriented language created to have as fewer execution dependencies and is designed to let developers write once, run anywhere (WORA), which means that compiled code can work on almost all platforms that support Java. Java applications are compiled to bytecode that can run on any Java virtual machine (JVM) regardless of the underlying computer architecture. The syntax of Java is alike to C and C++, however, has fewer low-level facilities than either of them. In 2019, Java was one of the most accepted coding languages as per GitHub, especially for client-server network applications, with a recorded 9 million developers.

JavaScript also known as JS, is a lightweight and just-in-time (JIT) compiled coding language with first-class methods and is most well-known as a scripting language for web pages, many non-browser environments also use it, such as Node.js, CouchDB and Adobe Acrobat. It is a prototype-based, single-threaded, dynamic, supporting object- oriented and declarative style.

C is a procedural coding language initially developed by Dennis Ritchie in 1972 to write an operating system. The key features of C language comprise low-level access, simple keywords assemblage, and a clean style that makes C suitable for system programmings like compiler development.

Many succeeding languages have borrowed features directly or indirectly from C language such as the syntax of Java, JavaScript, and several other languages are mainly based on C language. C++ is nearly a successor of C language.

C++ is a cross-platform language used to build high-performance applications and was designed by Bjarne Stroustrup, as an expansion of the C language. C++ gives developers a higher control over system resources and memory. It is one of the worldwide programming languages and can be found in today's operating systems, GUIs, and embedded systems.

Moreover, it is an object-oriented programming language which gives a transparent structure to programs and enables code to be reused, lowering expansion costs and is portable and can be used to improve applications that can be adapted to multiple platforms.

Python is coded dynamically and supports multiple programming paradigms, including procedural and functional programming. It is often expressed as a batteries-included language because of its comprehensive standard library.

Lisp is a second-oldest high-level programming language with fully parenthesized prefix notation developed in 1958. Only Fortran is older, by one year. The commonly used general-purpose Lisp dialects are Clojure, Common, and Scheme.

Ruby is a high-level interpreted coding language designed in the mid-1990s by Yukihiro Matsumoto from Japan. It is a dynamically typed and garbage stored language that supports multiple programming paradigms, including procedural, object-oriented, and functional programming. Ruby was designed as a unification of Perl, Smalltalk, Ada, Eiffel, Basic, and Lisp.

Microsoft is a US-based technology-related MNC located in Washington that develops, manufactures, licenses, and sells software, consumer electronics, PCs, and related services. Its best-known software products are the Microsoft Windows line of OSs, Microsoft Office suite, Internet Explorer and Edge web browsers. Its world-renowned hardware products are Xbox game consoles and Microsoft Surface touchscreen personal computers and by 2016, it was the world's biggest software maker by revenue. The word Microsoft is an amalgamation of microcomputer and software and Microsoft is ranked No. 30 in the 2018 Fortune 500 rankings of the largest United States corporations by net revenue.

Solr runs as a full-text search server and uses the Lucene search library at its center for text indexing and has JSON like APIs that make it usable. Solr's external setting enables it to be suitable for projects without Java programming, and it has a plugin architecture to support more customization.

COBOL is the short form for Common Business Oriented Language, which was designed by the US Department of Defense, in a conference, formed CODASYL (Conference on Data Systems Language) to create a language for business data processing needs which is presently known as COBOL.

COBOL is employed for writing application codes and it's not possible to apply it to write system software and applications like those in the defense and insurance domain which demands huge data processing execute extensive use of COBOL.

Erlang accepted interchangeably with Erlang/OTP (Open Telecom Platform) is a general-purpose parallel functional programming language and a garbage-collected runtime system consists of the Erlang runtime system, several ready-to-use components (OTP) designed in Erlang, and an assemblage of design principles for Erlang programs. Such a runtime system is designed for systems with traits such as; distributed, fault-tolerant, soft real-time, highly available and hot-swapping systems.

Go programming also known as Golang is an open-source programming language developed by Google, a statically-typed compiled language supports parallel programming, i.e. it supports running multiple processes simultaneously, which is achieved through channels, goroutines, and so on. Go programming has garbage accumulation which itself does the memory management and provides the deferred execution of functions.

Go also called Golang, a statically compiled and typed coding language developed in Google by Robert Griesemer, Rob Pike, and Thompson is syntactically alike to C, but with memory protection, garbage accumulation, structural typing, and CSP styled concurrency. The two common implementations of Go programming are; Google's self-hosting compiler toolchain and the gccgo, which is a GCC frontend.

Google dart, a client-optimized language for various platforms designed by Google is generally utilized for developing mobile, desktop, server, and network applications. Google's dart is an object-oriented garbage-collected language with C-style syntax and can compile to either native code in addition to supporting interfaces, mixins, abstract classes, reified generics, and type inference.

MEAN (short form for MongoDB, Express.js, AngularJS, and Node.js) stack is a public and open-source JavaScript software bundle for building dynamic web sites and web applications. Since all elements of MEAN stack aid programs that are written in JavaScript, applications are written in any one of the languages for server-side and client-side execution environments. The components of MEAN stack are higher-level including a web application presentation layer and not including an OS layer.

Haskell is a general-purpose functional programming language with type inference and lazy evaluation developed to be suitable for teaching, research and industrial application, Haskell has pioneered several advanced programming language features. To exemplify, type classes, allow type-safe operator overloading, proposed by Philip and Stephen were first executed in Haskell, and its main implementation is the Glasgow Haskell Compiler and named after logician Haskell Curry.

Pascal is a procedural programming language, by Niklaus Wirth is a language meant to encourage reliable programming practices practicing structured programming and data structuring and is named after a French mathematician and physicist, Blaise Pascal. Pascal was developed on the pattern of ALGOL 60 language and associated in the process of promoting the language as part of the ALGOL X efforts and contributed a version known as ALGOL W, which was not admitted, and the ALGOL X process bogged down and in 1968, Wirth chose to abandon the ALGOL X process and further enhance ALGOL W, delivering this as Pascal in 1970.

Perl is a category of high-level interpreted dynamic coding style, where the term Perl relates to Perl 5 until 2019 and is also connected to its redesigned sister language, Perl 6, before the name was modified to Raku in October 2019. Among various backronyms in practice for Pearl, including Practical Extraction and Reporting Language, it was formerly developed by Larry Wall in 1987 as a general-purpose Unix scripting language to make report processing easier and since then, it has undergone many changes and revisions. Raku, which originated as a redesign of Perl 5 in 2000, eventually evolved into a distinct language moreover, both languages continue to be developed autonomously by different developers and borrow ideas from one another.

R programming, an open-source software platform for statistical computing and graphics bolstered by R Foundation and is employed among statisticians and data miners for improving statistical software and data analysis. Polls, information mining surveys, and investigations of scholarly literature databases present substantial progress in popularity; by February 2020, R stands 13th in the TIOBE index, which is a measure of the reputation of programming languages.

Rexx short form for Restructured Extended Executor is a scripting language, make scripting as easy and error-free as possible. Most languages are developed for compatibility with older coding styles and are written for particular audiences or platforms. Moreover, Rexx neglects extraneous objectives and was designed from day one to be powerful, yet easy to use. In addition to that, it is also important for improving small programs that perform several text file transformations.

Rust is a multi-paradigm coding language for safe concurrency is syntactically alike to C++ but is developed to provide better memory safety while maintaining high performance.

Rust was designed by Graydon Hoare in Mozilla Research, in partnership with Dave Herman and Brendan Eich and designers polished the language while writing the Servo layout or browser engine, and the Rust compiler. The compiler is open-source software dual-licensed under the MIT License and Apache License 2.0.

Lua is a high-level, multi-paradigm language designed for embedded use in applications and is cross-platform, since the interpreter of compiled bytecode is written in ANSI C, and Lua has a simple C API.

Lua was built-in 1993 as a language to meet the hike in customization and provided the facilities of procedural languages, but more complicated features were not included, and it included mechanisms for extending the language, permitting programmers to implement such features. Since Lua was intended to be a general extension language, the developers of Lua focused on improving its speed, extensibility, and easiness in development.

Asterisk is an open-source programming language that is highly utilized by different companies and organizations, especially gaming companies to code new and latest three – dimensional video games to keep their audience engaged. Apart from gaming, the organization also utilize Lua programming language for a variety of other application such as Cheat engines, Cisco systems, etc. These systems help to protect their organization and networks from the threat of theft. Therefore, companies are looking for suitable candidates that will not only fit to work in their corporate sector but also provide them with new-age ideas and solutions for a multitude of problems.

Clojure is a modern, dynamic, and functional dialect of the Lisp language on the Java platform and treats code as data and has a Lisp macro system. Presently, the development process is community-driven and advocates immutable data structures and encourages designers to be explicit about running identity and its states. Moreover, this focus on coding with immutable values and explicit progression-of-time constructs is meant to facilitate generating extra robust, concurrent, programs that are fast.

The methods by which computers interact with each other using markup languages and multimedia packages are known as web technology and in the past few decades, this technology has experienced a dramatic transition, from a few marked-up web pages to the ability to do very specific work on a network without interference. It gives us a way to interact with hosted data, like websites in addition to the usage of hypertext markup language (HTML) and cascading style sheets (CSS). 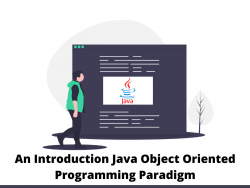 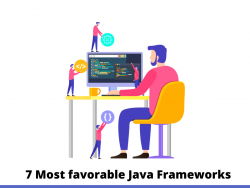 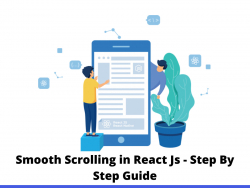 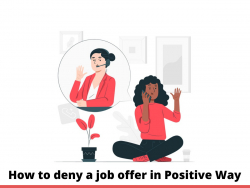 How to deny a job offer in Positive Way 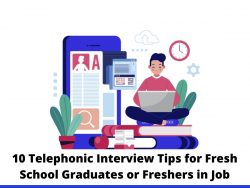 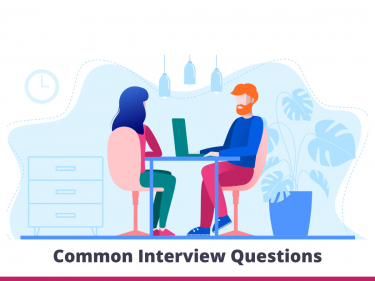 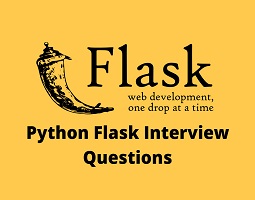 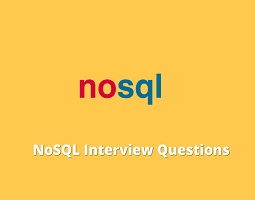 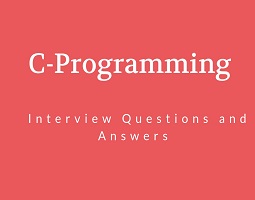 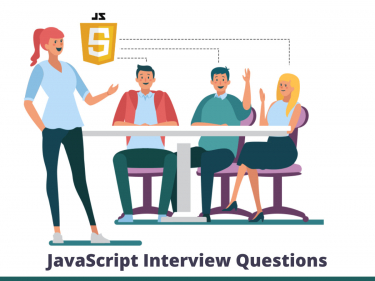 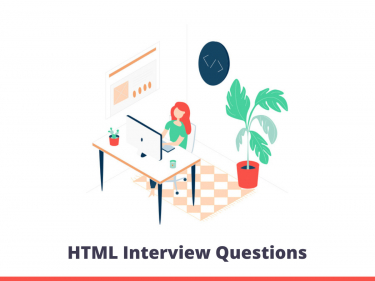 Thank you for registering with us.

A verification link is sent to your registered email. Please verify it to proceed further.